Sketches for a film in pre-production. "The story unfolds along the famed Old Silk Road, and brings to life the Islamic Empire that stretched from Baghdad to Samarkand - a great civilization and crossroads of the world. It is seen through the eyes of a young mystic nomad woman living in the warring era of Chingis Kahn. Her mystical journeys into other realms guides and helps her to lead her people, and elude the encroaching armies of the great Kahn." http://www.masj.com/sheherzadearticle.htm 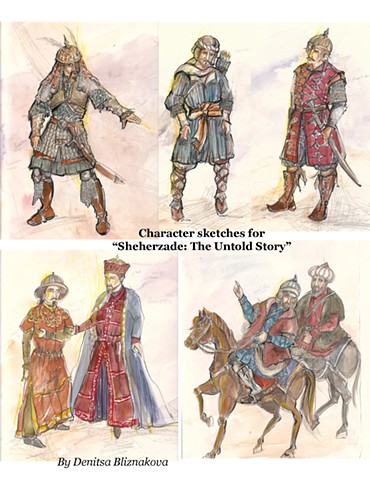 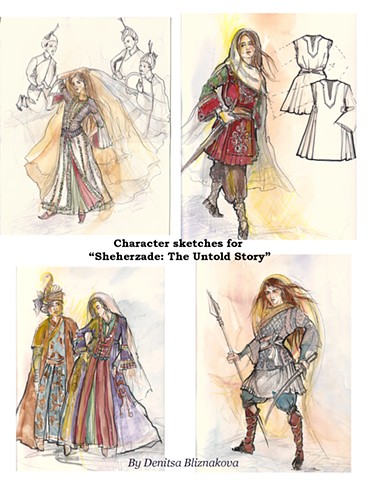